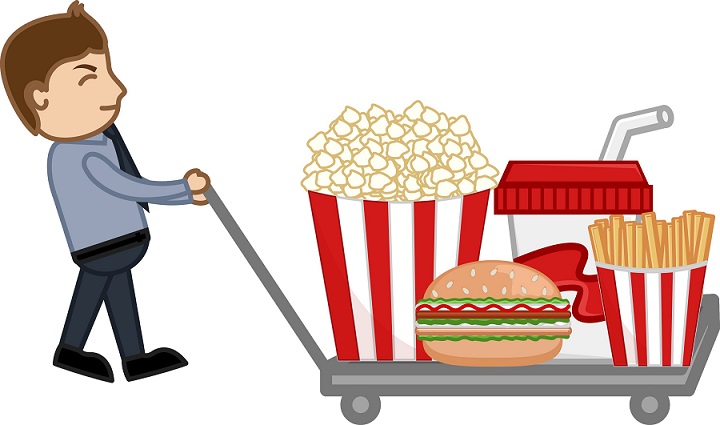 Fall is now in full swing, and that means an abundance of pumpkin spice products to enjoy! Of course, plenty of restaurants are offering a wide variety of new releases and limited deals this fall, so make sure you know what’s available so you don’t miss out!

Krispy Kreme is celebrating fall with some spooky Halloween-themed donuts. Decorated to resemble your classic Halloween characters, the donuts feature a range of toppings and fillings to suit all tastes.

For a limited period, you can now grab the following Halloween donuts at Krispy Kreme:

Spiderweb Donut – A classic chocolate iced kreme-filled donut with is topped with a green spiderweb icing with a sugar piece spider.

Mummy Donut – A kreme-filled donut with a white icing glaze, white drizzle, and eyeball sugar pieces styled into a mummy

Jack-O-Lantern Donut – Orange and chocolate icing donut that is styled into a jack-o-lantern.

Not to be outdone in the Halloween donut market, Dunkin Donuts have also unleashed some spooky donuts of their own. While most of these are simply current donuts with a funny Halloween pun attached to the name, there is a brand-new Spider Donut available until Halloween,

A standard ring donut, it features an orange icing that is topped with a scary spider – well, a spider made from chocolate covered Munchkin Donut!

Arby’s Venison Sandwich – Available for One Day Only!

Arby’s has one of the most exclusive releases this fall – the mouth-watering Venison Sandwich. The reason this sandwich is so exclusive is because it is only getting a single day release!

Featuring a thick cut of veal steak with crispy onion rings and a rich juniper berry sauce, the Venison Sandwich isn’t one to miss. Make sure you arrive early enough at your local Arby’s, as limited supplies mean once it’s sold it is gone for good!

Set aside some time on Saturday, October 21, 2017 for the opportunity to try this exclusive sandwich.

Fans of TGI Fridays delicious baby back ribs are in for a treat this fall, as the company officially releases their new Fridays Big Rib. These ribs are 30 percent larger than the previous baby back ribs they are replacing, so it’s certainly a new release worth getting excited for.

Marinated in a secret blend of smoke flavours and citrus, the full rack of ribs is now served on a chopping board and come with two sides, all for a very modest $12.99. The new bigger ribs are available in the following flavours

To get in the Halloween spirit, Chuck E Cheese has released a rather intriguing sounding candy corn pizza – although it’s not quite as it seems.

For one, there is no candy corn topping on the pizza, which we’re convinced is a good thing, as some combinations are best left alone! However, the pizza does come with toppings meant to mimic the appearance of candy corn, plus you get a side of actual candy corn just to keep things authentic.

The toppings consist of a garlic mozzarella at the centre of the pizza, which is then surrounded by cheddar cheese, and you can even try a slice for free if you arrive on the hour between 4pm and 8pm leading up to Halloween.

New $2 Breakfast Pockets at Jack in the Box

Jack in the Box has an exclusive new breakfast item available for a limited run this fall. The breakfast pocket is a slight variation on the company’s popular breakfast sandwiches, this time being wrapped and grilled in a warm flower tortilla, costing a very reasonable $2.

Starbucks was one of the first places to make the most of the fall season by introducing their legendary pumpkin spice latte, which has made its annual return this year, but that hasn’t stopped them from coming up with something new for this year either.

As part of their fall menu, Starbucks has introduced the new Maple Pecan Latte and the Dark Mocha Frappuccino.

The Maple Pecan Latte is a combination of espresso and steamed milk (like a regular latte), then combined with a maple pecan sauce and dusted with an autumn sugar topping.

The Dark Mocha Frappuccino combines coffee with milk and ice, blending it all together with some rich extra dark cocoa and then topping with plenty of whipped cream.

You can enjoy this and any other beverage at Starbucks in their limited-edition fall-themed cups, available in orange, teal, and plum!

Not only has Subway’s fall-special Autumn Carved Turkey Sandwich available again this year, but you get a free sandwich with any sub you buy on November 3. The reason? To celebrate national sandwich day of course!

The deal runs exclusively on November 3, and any sandwich and 30oz drink you buy comes with a second sandwich of the same or lesser value free of charge!